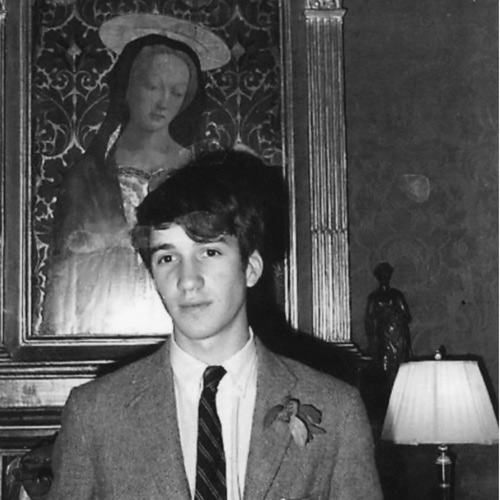 John Gilmore - son of second Director of I Tatti

John is the youngest son of Myron and Sheila Gilmore, and came to know I Tatti when his father was appointed the second Director of Villa I Tatti in 1964. John, who was at school for a number of years in Rome, remembers how difficult it could be for a teenage boy to adapt to the formality of life at the Villa, but he made friends with the Fellows and grew very fond of the staff. Today, John is a member of the Villa I Tatti Council and looks back on his years at the Villa as being both formative and thoroughly enjoyable.

Two sisters, Nicky and Alda, and lending out BB's tux

Exhibit: Life at the Villa in the 60's

Exhibit: Life at the Villa in the 60's