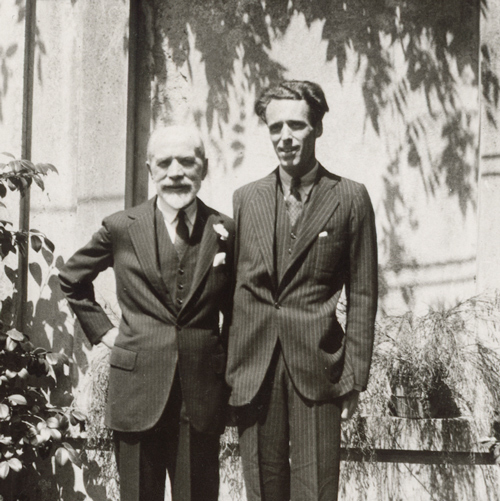 John Walker graduated from Harvard in 1930 and immediately won a Fellowship to study with Bernard Berenson at I Tatti, where he stayed till the mid-1930s. In the 1940s and 50s Walker was in constant correspondence with Berenson and remained close to him throughout that period. John Walker then played an important role in the late 50s in Harvard’s acceptance of the Villa as a bequest. (Gillian Walker: ‘When BB died I think my father was carrying out a son's duty to a father to make sure that the dream the father shared with him , fashioned with him, over the last years of BB's life, was carried out.) Gillian Walker first visited I Tatti when she was 12, and later returned to stay for a year when her parents wanted her to spend more time with BB and Nicky. She recollects how strong the bond was between her father and Berenson, how BB helped shape her father's career as a museum director, and how important Nicky was in her own life.

How BB became a father figure for John Walker

BB as mentor to John Walker

John Walker and Gillian Walker- loyalty and appreciation for BB

Exhibit: Berenson in the 1950s

Ritualised daily life and the sense of time at the Villa

Exhibit: Life at the Villa in the 50's

Nicky's friendship, her sadness and her voice